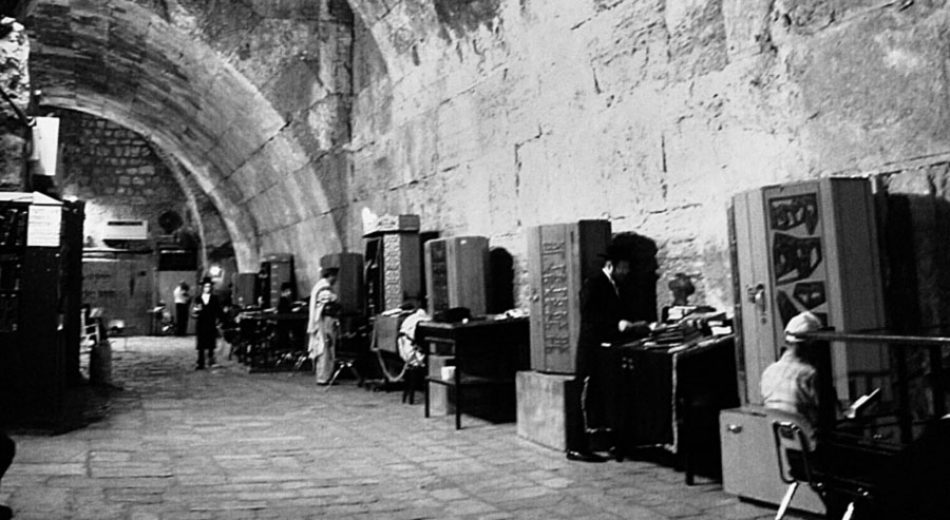 This Torah portion carefully describes the concluding stages of constructing the Mishkan (“Dwelling Place”/”Tabernacle”), even down to itemizing the amount of precious metals used. It is noteworthy that neither in this account of finishing the work, nor in last week’s account of beginning it, are the Urim and Thumim (Exodus 28:29-30) mentioned. This suggests that they were not “fashioned” by the creative skills of men, but given by God to be placed in the Breastplate of Judgment. The Portion then ends with the completion of the work of the Tabernacle (39:32), its erection (40:17), and the coming of the manifest Presence of the LORD to fill it with His Glory—that He might dwell among His people in their travel to Canaan. Similarly, the Haftarah (I Kings 7:51—8:21) ends with the Ark of the Covenant, centuries later, being brought up from the City of David to the new Temple built by Solomon, with its being placed in the Temple’s inner court, and with the cloud of God’s glory filling the House of the LORD (I Kings 8:11).

Both of the usual readings for this week have to do with completing preparations of a place—and then the coming of God’s Presence to dwell among His people. Although it does not appear in Scripture, a Hebrew word sometimes used for the manifestation of the glory of His Presence on Earth is Sh’khinah, or in English: “Shekinah.” It is related to the word shakhan which we discussed several weeks ago, when we read in Exodus 25:8 of God’s desire to shokhen—to dwell closely with, to neighbor with His people. And of His delight that they should so also desire for Him to be among them, that they would willingly sacrifice to prepare a mishkan (tabernacle)—a place for Him to dwell. In this week’s Parahsha, the Glorious Presence—the Shekinah of God—comes into the place prepared for it. There would be a tragic time, many years later, when that Presence would depart from its mishkan (Ezekiel 11:23). It has been a longing within the Jewish soul ever since that it return. The Siddur, an ancient Hebrew prayer book still used in Synagogues today, contains the following prayer:

Our Eyes shall behold Your return with mercy to Zion. Blessed are you, LORD, that brings back His Shekinah to Zion.

In parts of the Body of Messiah today, one may hear of a longing for the coming of the Shekinah—the manifest presence of the Glory of God. This can be of course a blessed longing (Moses cried, “Show me your glory!”). In welcoming Shekinah—we are not merely calling for some “glorious” experience or manifestation—we are instead responding in our hearts to His desire to shokhen—to dwell among us!

“I will dwell among the children of Israel and will be their God. And they shall know that I am the LORD their God, who brought them up out of the land of Egypt, that I may dwell among them. I am YHVH their God” (Exodus 29:45).

“And I will dwell in your midst. Then you will know that the LORD of Hosts has sent Me to you.” (Zechariah 2:11).

“Surely His salvation is near to those who fear Him, that glory may dwell in our land” (Psalm 85:9).

PLEASE PRAY: for an awakened longing in Israel for the Presence of the LORD to return to His Land. Pray for grace among us as Believers in preparing the way for His Glory. And pray for revelation among Israelis that preceding Messiah’s physical return to the Land, it is possible for His glorious Spirit to take up residence within the individual hearts of all of His people (Ephesians 2:22)—to commune with them and encourage them, and to lead, even as did the cloud and the fire of His Presence in the wilderness.