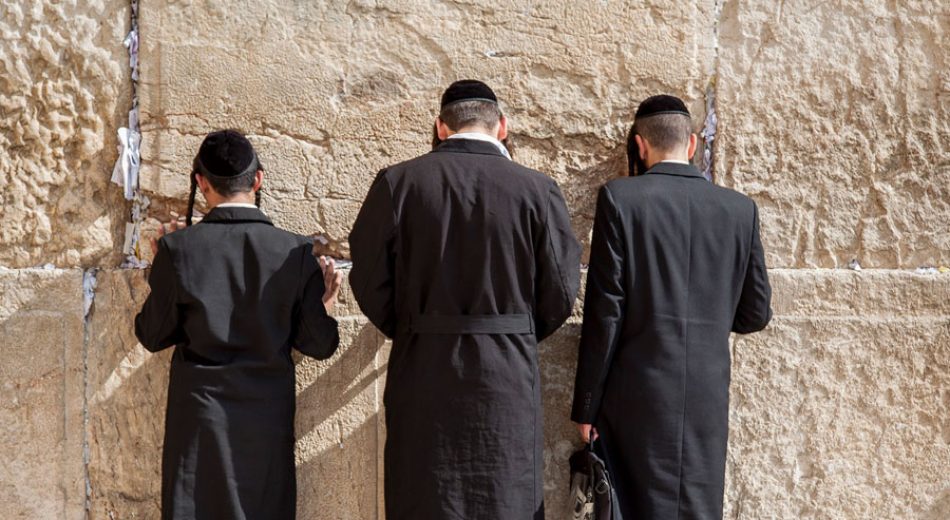 (Numbers 9:19. From this week’s Torah Portion; see below. Photograph of pillar-like cloud taken by the authors in the Judean Desert east of Jerusalem.)

As we travel through the desert of Numbers (remember, the Hebrew name for the book is “In the Desert”), we will actually discover areas of very fertile soil for understanding both the human condition as manifest in Israel, and the “goodness and severity” (Rom. 11:22) of God as demonstrated towards His chosen people. Of the many important points present in this week’s narrative, we would point out the following:

*Numbers 8:14: “Thus you shall separate the Levites from among the children of Israel, and the Levites shall be Mine.” “God so loved the World”—yet in expressing that Love, He may in His own sovereign, holy purposes choose to set particular peoples (Israel), tribes (Levites), families (Cohenim-Priests), prophets (Miriam) and individual leaders (Moses, Joshua) apart. These are only a few examples as related to Israel—and He continues this in the Body of Messiah today. It is extremely important that we accept and honor those lines which it is plain He has drawn for us and for others. By the end of this Torah Portion, both Israel’s prophet (Miriam) and her priest (Aaron) get into serious trouble for becoming resentful regarding the ‘place’ of their brother Moses. Please pray for a generosity and humility in the Body of Messiah in Israel, with regards to race, spiritual gifts, age, sex, and talents and acquired skills.

The word “charge” is the same as that used for a military “watch”, and “kept” also means “guarded”. So, twice here an essential element of Israel’s camp routine is described as “guarding the Watch of the LORD” –keeping alert and obedient for His directive, whether it required immediate galvanization into action or the watchful patience necessary for an open-ended waiting.

*Numbers 10:25: “Then the standard of the camp of the children of Dan (the rear guard of all the camps) set out according to their armies.” We wrote two weeks ago of the place of Judah in taking the lead (followed closely in leadership by Issachar and Zebulon). Dan was to bring up the rear. His name is related to “godly judgment” (Genesis 30:6). The word for “rear guard” (Heb: me’aseph) bears within it the concept of “gathering”. A rear guard not only protected the rear from outward attack, it also kept stragglers from fraying-out behind. It was responsible for “gathering” loose ends, keeping the rear tight and pressing forward. Often, the older more-experienced warriors held oversight of this position.

*Numbers 11:1a, 4, 33-34 (NASB): “Now the people became like those who complain of adversity in the hearing of the LORD.” “Now the mixed multitude who were among them yielded to intense craving…the LORD struck the people with a very great plague. So he called the name of that place “The Graves of Cravings” because there they buried the people who had yielded to craving.” “Cravings” is Hebrew t’aveh which is related to physical appetites awakened into strong lusts.

*Numbers 11:29: “O, that all the LORD’s people were prophets and that the LORD would put His Spirit upon them!” (cf: I Corinthians 14:5; 39-40: “I wish you all spoke with tongues, but even more that you prophesied. Therefore, brethren, desire earnestly to prophesy, and do not forbid to speak in tongues. Let all things be done decently and in order.”).

This section and all of chapter 12 show that prophecy—the proclaiming forth in spiritual authority and timing of what the LORD is speaking—is an essential element of His government for His people. But it is also essential that recognized prophets know and work within their place of authority. When Miriam leaves that place, because of her recognized position it is an extremely serious matter which must be dealt with strongly and, in her case, publicly.

A REPEATED WORD FROM THE PROPHETS

It seems safe to assume that when the Holy Spirit allows God’s Word to be repeated twice, there is something within it which warrants His people’s special attention and understanding (Genesis 41:32). This week’s haftarah from Zechariah is exactly the same passage as that used during the week of Hanukkah. This is presumably because Zechariah 3:2 mentions a menorah—”lampstand” (This week’s Torah Portion begins with instructions regarding the menorah in the Tabernacle; the Hanukkah season is traditionally celebrated with a special menorah.). This passage contains so very much prophetically about the “Light” who would come into the world to cleanse us from our filthiness, whose Word would be our defense against that of our Adversary, whose oil would “keep our lamps burning,” whose Spirit would be our Victory!

PLEASE PRAY: the illumination of the Holy Spirit on these words as they are read at the close of Hebrew services around the world this weekend. Pray that many Jews will realize and believe that the LORD has come to dwell in their midst–the BRANCH whose name is Yeshua— and that His Father, the LORD of Hosts, has sent Him!

We find this passage to be “Messianic” indeed! First, the LORD (YHVH) says, “I am coming and I will dwell in your midst.” Then presumably the same Speaker says, “Then you will know that YHVH of Armies has sent me to you.” There is nothing in the construction of this passage which demands that the last sentence is by Zechariah and the next-to-last the LORD. Only one who was “One with” the LORD would fit here. Yeshua/Jesus said something remarkably similar in John 11:41b-42, immediately before calling Lazarus forth from the grave, “‘Father, I thank You that You have heard Me. And I know that You always hear Me, but because of the people who are standing by I said this, that they may believe that You sent Me.”

*Zechariah 2:12-13: “And the LORD will take possession of Judah as His inheritance in the Holy Land, and will again choose Jerusalem. Hush! all flesh, before the LORD, for He is aroused from His holy habitation!”

As the warfare intensifies over Israel, Jerusalem, the ancient City of David and the Temple Mount, PLEASE PRAY for believers here-that we will not pray nor worship nor act merely out of our emotions-that in the power of the Spirit we will silence our flesh so as to hear clearly what the Spirit is saying to the Body of Messiah, finding our confidence in God alone who will ‘take possession’ and ‘again choose Jerusalem’.

*Zechariah 3:1-2: “Then he showed me Joshua the high priest standing before the Angel of the LORD, and the satan standing at his right hand to “satan” (i.e. be an adversary to) him. And the LORD said to Satan, ‘YHVH rebuke you, satan! YHVH who has chosen Jerusalem rebuke you! Is this not a brand plucked from the fire?”

All of Israel today stands as a ‘brand plucked from the fire’ (The Hebrew for this expression is in fact sometimes used as a euphemism for ‘Holocaust Survivor’). She is continually under accusation. Yet within her is an awakened Messianic Body coming into its place as a “Kingdom of Priests”. This remnant is also bombarded by the satan (the adversary, accuser). Please pray for grace and growing maturity in spiritual warfare in the Body of Messiah in Israel to stand against the Adversary in the name of the LORD-while allowing, as did Joshua in this chapter, the LORD to provide constant cleansing from sin, and clean garments-including a head covering to protect her mind.

**It rings significant to us that part of the “word” wielded against the Adversary by the Angel (“YHVH rebuke you, Satan!”) is the LORD’s identity as the One who has Chosen Jerusalem (“YHVH who has chosen Jerusalem rebuke you!”). Today, we may use the Name YESHUA, which bears within it in condensed form the words “YHVH Saves”. From this example it can be inferred that a part of the “Word of our Testimony” (Revelation12:11) which defeats the Enemy is a confession of the LORD’s choosing of Jerusalem! Suspicion of the truth of this terrifies the evil one, who knows it is prophesied that Yeshua will one day dwell and rule from the Temple Mountain in Jerusalem.

*Zechariah 3:7. “If you will walk in My ways and guard my watch, then you shall also judge My house and likewise have charge of my courts; I will give you places to walk among those who stand here.” It is God’s desire that we walk in His path and watch over the things to which He assigns us. As we are faithful in this, we will grow in judgment so as to be entrusted with other responsibilities and positionings, including, when necessary, movement among and in harmony with those other “armies”—the angelic beings.

This Scripture is written in Hebrew across the bottom arms of the menorah which stands in front of Israel’s Knesset Building. PLEASE PRAY: that more and more in Israel will come to see the necessity of spiritual power for finding hope and a future—through a HOLY spirit provided by the Father!