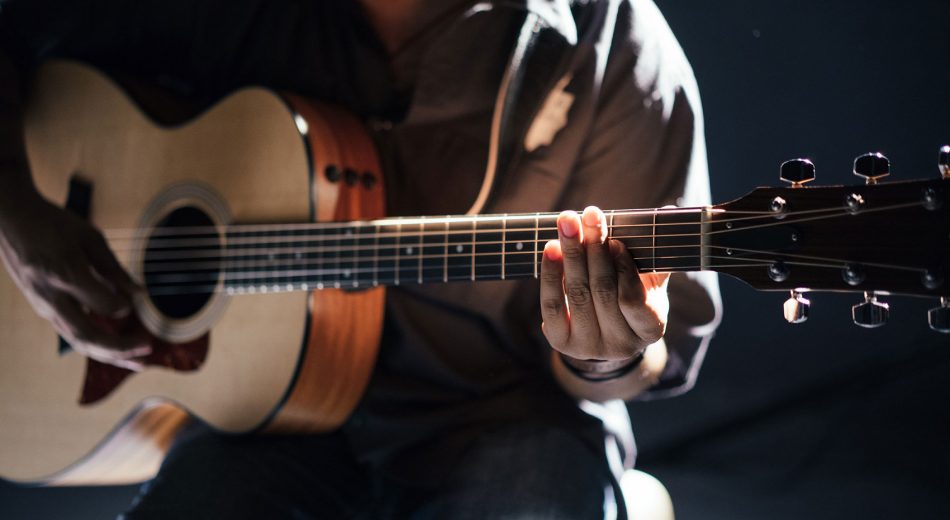 Last week we promised to soon provide you with a more in-depth report on the wonderful Music Camp which took place just west of Jerusalem on June 26-30.  The following wonderful report was written by Bethany Rosenfeld, who was senior organizor of Dor Haba.  From many reports, it is clear that what was ignited there is still burning brightly across Israel!  Please pray that what was begun there will continue to be nourished and grow.  Pray protection and encouragement over each of the young people—and strengthening and refreshing for all who participated in its planning and realization!

“I stand amazed at what God did in the hearts of 100+ Jewish, Arab, and Palestinian youth last week.  Tears, joy, unity, healing, deliverance, freedom, new beginnings, destiny, servant leadership and calling—these are some of the words that aim to describe what happened at the “Dor Haba” worship camp 2017.

This 5-day worship camp took place in Jerusalem last week, June 26th-30th, 2017. There were 75 Jewish/Israeli youth and 35 Arab Israeli and Palestinian youth. And more who came to visit. The youth who came to the camp came eager to worship and that in itself was very powerful. There is a lot God can do with willing and hungry hearts. One evening, after a time of worship, the whole room was completely silent for 8-9 minutes in the presence of God. This was a miracle considering the room being full with over 100 teenagers!

From a 15-year-old Arab girl

“Dor haba conference was the best worship conference I’ve been to, God revealed Himself and his heart in a very powerful way through every single minute.  The unity that was between the Arabs and Jews was so clearly pleasing to the One who sits on the throne; we could feel his heart to his children and how happy he was seeing us worshiping in one voice and in one heart.  The first thing that any one can say about those 5 days is that we were in heaven, literally the Spirit of god was moving so powerfully breaking chains and healing the broken hearts. And I only want to thank God for this opportunity that I had to be at this conference that changed my life!”

Serving at the camp were local Jewish and Arab youth leaders, worship leaders and teachers. Joining them were a large group of musicians, intercessors and worship leaders from IHOP (International House of Prayer in Kansas City) and 111 Global (Amsterdam). There were 35 leaders and volunteers total, all with the same heart and vision.

One might think the vision for this “music” camp is to teach the youth how to lead worship and play on a worship team. This is part of it, but there is much more to it than that.  The heart of the vision is to help the next generation in Israel and Gaza become young priests. Worshippers and intercessors after God’s own heart. Any revival or change in society begins with prayer and intercession and this is what we want them to get a hold of—that from a life of prayer, they would receive God’s heart for their people and their generation. And that they would go out together, Jew and Arab, and bring God’s truth, light and kingdom to the culture around them.

Over these five days, we assigned the youth into various group instrument classes. They received lessons on guitar, voice, violin, bass, keyboard, drums, video production, sound, and prayer-leading.  In the afternoon, there were workshops. Workshop topics included “worship leading,” “musical creativity,” “team work,” “song-writing,” “inner healing,” and “prophetic worship.” Everyone at the camp learned how to lead a prayer-meeting driven by scripture and worship.

During the instrument classes one day, perhaps the least expected place and time, God moved throughout the camp in such a special way. I had teenagers from different classes running up to me after the lesson with excitement. They told me how they worshipped spontaneously from their hearts for the first time ever (Like, with spontaneous words and melodies, as opposed to with a known worship song). Others said that as they were playing music together in the class, the Holy Spirit came in such a sweet way. To the point where they put their instruments down, began weeping quietly, and began praying over each other. God was doing a deep work in their hearts. Their spirits were being awakened to intimacy and partnership with the Lord. It was such a beautiful thing!

There were sweet times of fellowship. Hanging out, playing soccer, sitting around in small groups, and singing with an acoustic guitar and darbuka (arab drum). The Jewish and Arab youth truly bonded and experienced things together that they won’t ever forget. There was an “open mic” night, which was fun and we discovered all kinds of hidden talent among them.

All the evening messages and times of worship were completely in Hebrew and Arabic.  The exception being one evening led by the I-HOP team in English. But they incorporated Hebrew and Arabic into it. They shared a powerful message and led a very memorable time of worship and ministry.

[During the course of the camp] there was an Arab boy set free from addiction to cigarettes, a young girl delivered from suicidal thoughts she’d been having for the whole past year, and a Jewish boy healed from a knee injury.  There were countless re-dedications of lives to the Lord. And some, even from believing homes, who personally gave their lives to the Lord for the first time. These are just a few of the testimonies that were taking place.

The most awesome experience at the camp was on the final night, when the youth themselves led a 4-hour evening of worship and intercession.

THEY led the worship. THEY led the prayers (in tears for their people and their generation). THEY shared visions and prophetic words they received from the Lord. THEY (an 18 year old boy) shared the message of the evening. THEY m/c-ed the evening and did all the translation from Hebrew to Arabic and vice versa. God and His Holy Spirit through them, was amazing!

On the last day, there were numerous teenagers who came up to me in tears, saying how their lives had changed, how they will never be the same. How God has simply gotten a hold of them and how their faith has come alive.

From a 15 year old Jewish boy

“The conference was so wonderful. It was the most amazing experience I’ve had with God ever in my whole life!”

Local youth leaders have been calling this past week. Saying how their whole youth group has become on fire for God as a result of being at this camp. And that it is impacting their congregation, church and community.

The Arab and Jewish teenagers who attended the camp have spent the past week messaging each other scriptures and encouraging words on the WhatsApp group.

A 16 year old Arab girl writing to the Jewish youth on WhatsApp:

“I just want to say that every one of you is special in his own way. Meeting you guys made me know and understand even more the Father’s heart for his children. Can’t wait to see you again and that will be for sure before the next conference!”

They have been commenting that they need to get together every month, not just once a year, something we as leaders at Dor Haba have taken to heart. And something we desire to facilitate.  Thank you for your prayers for this camp and for these young ones who are so dear to God’s heart!

To summarize, I want to share something that a 15 year old Arab girl shared at the camp. This young girl also led part of a powerful time of worship the last evening. She said that as they were worshipping, she saw God sitting on his throne in heaven laughing (Ps.2:4).  She said He was laughing with tears in His eyes, because of the love and unity taking place at this camp.

This is what makes it worth it all!!”

2.  THE 17TH OF TAMMUZ, THE “FAST OF THE FOURTH MONTH”—AND THREE WEEKS  “BETWEEN THE STRAITS”

“From the straits I called to Yah.  Yah answered me in a wide-open place.  The LORD is for me, I shall not fear.  What can humankind do to me…All the nations surround me.  With the LORD’s name I cut them down.  They swarmed round me, oh they surrounded me.  With the LORD’s name I cut them down…You pushed me hard to knock me down, but the LORD helped me.  My strength and my might [song] is Yah, and He has become my rescue [Hebrew: yeshu’ah—‘salvation’]” (Psalm 118:5-14—Robert Alter translation).

On June 25th we entered into the fourth Hebrew month, Tammuz.  It is not mentioned in the Bible by this (Babylonian) name.  Yet most certainly “the Fast of the Fourth Month” of Zechariah 8:19 refers to an ancient memorial set within this month to soberly remember the breaching of the walls of Jerusalem by Nebuchadnezzar in 586 B.C. (II Kings 25:3-4; Jer. 39:2; 52:6-7).  The fast, observed originally on the 9th of the month, has since the destruction of the Second Temple been observed on the 17th —the date in 70 C.E. when the wall was again breached, this time by the Romans.  This year, the 17th of Tammuz falls on the 11th of July.

The 17th of Tammuz marks the beginning of a three-week period sometimes known as “the Dire Straits” or in Hebrew Bein haMetzarim—“between the narrow places.”   The expression comes from Lamentations 1:3, “All her persecutors overtake her in dire straits” (NKJV).  It alludes to many calamities which have overtaken Jews and Israel herself over the centuries during these three weeks.  The period ends on the 9th of Av  (1 August this year), when the First Temple was actually destroyed.

Jews within Israel and around the world are aware of this period.  In Israel, religious weddings do not take place during these three weeks.  And at the end of each Torah reading in synagogues, special readings of “affliction and admonition” takes the place of the passages from the Prophets which would normally close the service.

Although it is certainly true that the events occurring during this period have given rise to superstitions and fallacies over the centuries, we see it, nevertheless, as a time for special sobriety and watchfulness among believers—especially as regards Israel and the seed of Jacob.  It is as though, with the coming of this season, an awakening occurs amongst spiritual powers towards taking advantage of areas of vulnerability, of gaps in the armor of God’s covenant people.  This as a time for stressing the sovereignty and omnipotence of Elohei-Yisrael—The “GOD OF ISRAEL” (Genesis 33:20); of Magen-Avraham—the “SHIELD OF ABRAHAM” (Genesis 15:1).

The Earth is the LORD’S—and He is expanding His Kingdom through both space and time, including this season associated with distress!  It is a time for believers in Israel to look forward with the spirit of Caleb and Joshua, to ‘take the territory’, a time when the very giants which loom shall “be our bread; their protection [Hebrew: “shadow”] has departed from them, and YHVH is with us.  Do not fear them!”  (Numbers 14:9).

*For spiritual discernment and integrity over the Body of Messiah in Israel in separating the true from the superstitious!  In being sober-minded on the watch, when God says, “Watch!” (I Peter 5:8; Col. 4:2)

*For the merciful conviction of Jewish hearts by Ruach haKodesh  (The Holy Spirit) during this period—conviction of sin and righteousness and judgment (John 16:8).  Pray for revelation of the ONE who came to redeem us from the straits of sin to release us into a wide place of freedom and life!

*We would strongly recommend praying Psalm 118:5-14 (See beginning of this section)—as well as Psalm 4:1: “When I call, answer me my Righteousness-God—In a narrow place you have made wideness for me.  Grace me and hear my prayer!”