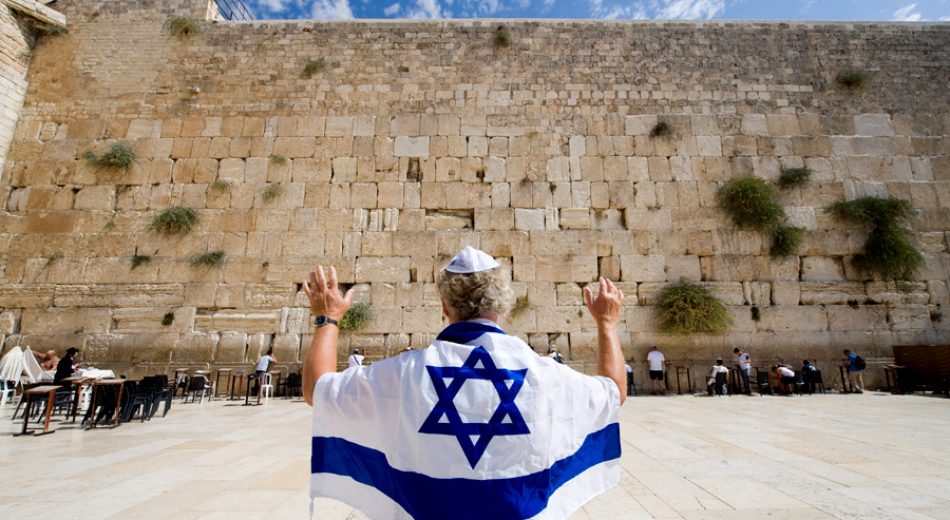 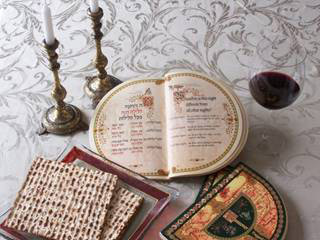 On Thursday and Friday of last week I had the honor of attending a “Deborah’s Clan” gathering in a lovely hotel on the top of Mt. Precipice in Nazareth. The purpose was to call together Arab and Jewish “mothers in Israel.” Those of us invited to attend were about 25 Arab and 20 Jewish women, all in positions of leadership, multiple generations coming together from the north to the south of Israel.

I have attended a number of Jewish/Arab women’s gatherings, but this was by far the most natural, unforced, prophetic. At one point, the Jewish women honored our Arab sisters by speaking over them the words which were spoken in ancient times over the Gentile Ruth: “The LORD repay your work, and a full reward be given you by the LORD God of Israel, under whose wings you have come for refuge.” (Ruth 2:12). The Arab mothers then spoke over the Jewish mothers: “Wherever you go, I will go; and wherever you lodge, I will lodge; Your people shall be my people, and your God, my God.” (Ruth 1:16)

The result was a clear realization that, no matter our age, we are the current mothers in Israel, we have a voice and God is at this time calling forth that voice to be heard. There was prayer and declaration towards this goal, all done in great humility, while at the same time honoring our brothers, the men whom God has set in leadership here. We sensed the importance of each needing the other in order to accomplish God’s purposes in the land. We left feeling greatly encouraged and empowered. I am so thankful to have had the privilege of being a part of this!

FRIDAY BEGINS PASSOVER AND THE FEAST OF UNLEAVENED BREAD

Friday March 19th at sundown Jews throughout the world will be gathered round tables in obedience to the command in Exodus 12:14, “So this day shall be to you a memorial; and you shall keep it as a feast to the LORD throughout your generations. You shall keep it as a feast by an everlasting ordinance.” They will have cleaned leaven from their homes and will begin a week of eating only unleavened bread (Hebrew: matzot; Ex. 12:17-20). The word Pesach (Passover) comes from the Hebrew verb lifso’ach which means “to skip”. When the scourge passed through Egypt, those with the blood of the lamb on their doorposts were ‘skipped’ the judgment which was coming upon the gods of Egypt and those who worshipped them. The meal is celebrated at a seder table. Seder means “order”. In modern Hebrew the word for ‘o.k.’ is b’seder—literally, ‘in order’. So, at the Seder table is presented an “ordered” account, both through reading and having a meal, of what God did on that first occasion. During the course of the meal, most families are guided by a book called a Haggadah. This word means “the telling” and is taken from Exodus 13:8, “And you shall tell your son on that day, saying, ‘It is because of what the LORD did for me when I came out of Egypt’”. Although the most-used version of this book contains here and there remarks and theories by once-revered rabbis, it is primarily a straightforward account of God’s deliverance of His people Israel from bondage in Egypt. This story is interspersed with wonderful psalms, and other Biblical passages—many of which reference God’s yeshu’ah (His “salvation”), and a coming “anointed one”—Messiah.

At the heart of this “telling” as it has come down to our day is an addition called Afikomen. The word comes from a Greek word, meaning literally “that which comes after” or even, “the one who came”. At the beginning of the Seder three pieces of matza are placed into a three-fold pocket of cloth or paper. But the piece going into the middle compartment is first broken. Part of this broken piece of unleavened bread is placed in the middle pocket; the other piece, the Afikomen, is wrapped up and hidden away. After the meal, the children will seek the Afikomen…and the one who finds it will be given a redemption-price reward. Then all the participants at the table eat a portion of the Afikomen for dessert. Modern-day matza (or matzo) is unleavened, pierced and striped from the heat in baking. According to the Mishna, the Afikomen is a substitute for the “Korban Pesach”—the Passover Sacrifice, which was the last thing eaten at seders during the First and Second Temple periods.

It all seems so clear! A piece of unleavened bread, bruised and pierced is broken off, wrapped and hidden away (yet is still present with the tri-partite “oneness” in the pocket). When it is found by those who have sought it as little children, it brings great joy. There is so much deep truth inserted by the Ruach haKodesh—“Holy Spirit” into these Hebrew traditions! Yet a “veil” over the hearts of most of our people, and they do not see.

[Note: Regarding the tradition of the Afikomen, some scholars believe there to be ample indication that Yeshua (Jesus) Himself may have instituted this practice, which then found its way into traditional observance because of the early Messianic Jews (See “The Meaning and Importance of the Jewish Holidays” by John Fischer, Sharing Bible, Messianic Vision, 1989, p.40.)]

“Therefore purge out the old leaven, that you may be a new lump, since you truly are unleavened. For indeed, Messiah (Christ), our Passover, was sacrificed for us. Therefore let us keep the feast, not with old leaven, nor with the leaven of malice and wickedness, but with the unleavened bread of sincerity and truth”
(I Corinthians 5:7-8).

What is today often called “Passover Week” is called in the Bible the “Feast of Unleavened Bread” (Hebrew: Chag Matzot). It lasts for seven days, beginning with the Seder on the evening of the 14th day of Aviv/Nisan (the First Month). The first and last days of the week are to be observed as Sabbaths (Leviticus 23:7-8). The days between these two “Sabbaths” are called chol ha’mo’ed…which means the “common” or “every-day normal” period of time between two set-apart (i.e. “holy”) days. During this week Israel is commanded to eat matzot—“un-leavened” bread; nor for the seven days is any leavening agent to be found in her dwellings.

For weeks before the beginning of Passover, observant Jewish families have been busy with Passover-cleaning (a bit like “spring cleaning” in the west!). During the last week, the focus narrows down to the Biblical instruction, “no leaven shall be seen among you in all your territory for seven days.” (Deut. 16:4). During those last days, and especially on the morning before the Seder, one might see in many places round Jerusalem—in fields, even on street corners—small fires set up by observant Jews as posts to which last remnants of hametz may be brought to be burned. Hametz is any food which contains within it a leavening agent made from grain, especially wheat, barley, oats, spelt or rye. This is all in preparation for the beginning Friday evening of the seven-day Feast of Unleavened Bread (Hebrew: Chag- Matzot).

For seven days, in observant homes and restaurants, there is no bread made with yeast. A growing number of “breads” without yeast are now available. And there are many recipes for cooking or baking with matza meal, void of rising agents. But there is no regular bread. In Jerusalem, most stores have placed paper screens over the sections containing yeast—so that for a week they will not “be seen” (Exodus 13:7). Bakeries, pizza-parlours and falafel stands using pita pocket-bread simply close down for the week.

For some it may come as a surprise to discover that the Scriptures actually have quite a lot more to say regarding observance of the “Week of Matzoh” than they do regarding the evening of “Passover” itself! When grouped with Shavuot (Pentecost) and Succot (Tabernacles) as one of the major festivals requiring annual pilgrimage to Jerusalem, this one, instead of being called “Passover,” is always referred to as the “Feast of Unleavened Bread” (Exodus 23:14-15; Exodus 34:18-22; Deut. 16:16; II Chron. 8:13). Passover was one evening, the Feast of Unleavened Bread lasts an entire week. All leaven (hametz) was to be cleaned out of the house. For all of this week, God’s covenant people the Hebrews were to eat a different kind of bread! Throughout the year, they were free to eat normal bread. To make it rise, this normal bread requires that a separate “life” be added to the dough. But that life-agent will not last for long on its own. Once yeast has become old, we say that it is “dead.” The “life” placed into normal bread is a life which must eventually die.

For one “complete” week out of the year, Israel was to eat bread which did not have this outside “dying” life added to it. There is a picture here: “Man (Hebrew: “the Adam”) does not live by bread alone, but by everything that proceeds out of the mouth of the LORD” (Deut. 8.3). From the Father would come forth “Living Bread”…to provide us with heavenly life for every day of our week! This “Living Bread” does not have any temporary, foreign, dying life in it! His name is Yeshua (“YHWH is Salvation”)—and He is Life! He was born into the world in Beit-Lehem (Hebrew: “House of Bread”). He called Himself the “Bread of God” sent down by the Father to give life to the world. And He promised that whoever partakes of this Bread will live forever (John 6:34-33, 58).

AT A SEDER IN JERUSALEM 2000 YEARS AGO, THE JEWISH MESSIAH YESHUA UNVEILED A “NEW COVENANT” WITH ISRAEL AND ALL CHILDREN OF ADAM A COVENANT IN HIS BLOOD.
(Jeremiah 31:31; Luke 22:20)

On Passover evening, we celebrate the blood shed by the Lamb of God the Lamb who bears away the sin of the world. The Blood which cleanses us of sin, protects us from the judgment we deserve, and brings us near to the Father. It is a sacrifice, made “once for all!” For the week beginning with that evening, we celebrate the Body of the Son of Adam, Son of David, Son of God—given for us, a body which does not contain “dying life” but which gives to those who are nourished by it Eternal Life—strength for our present walk on earth, and resurrection Life eternal when these mortal bodies die!

BEFORE THE BEGINNING OF THIS HOLY WEEK PLEASE PRAY:

*For the Light of Life to shine into our dwellings and hearts…exposing any “leaven” which needs to be cleansed.

*For Light to shine over Seder tables in Israel and around the world on Friday evening, to reveal the Truth of the “Lamb, slain from the foundation of the world”—who was separated from the Father while remaining one with Him, born in Bethlehem (lit: “bread-house”), bruised and pierced, cut off from mankind and hidden in the earth—the Lamb of God who atones for and takes away the sin of humankind—Who was buried, but who came back from the earth, and Who may now be found by all who become like little children and seek. His finding brings Life, and Nourishment and Joy!

* That throughout this week, Israel will be pointed towards the Lamb who was slain for our salvation from sin, to the Bread of Heaven who was bodily raised from the dead, providing eternal life for all who will believe.

*For God’s protection over Israel during this two-week period when children are out of school and many families are out and about Israel enjoying the holidays.