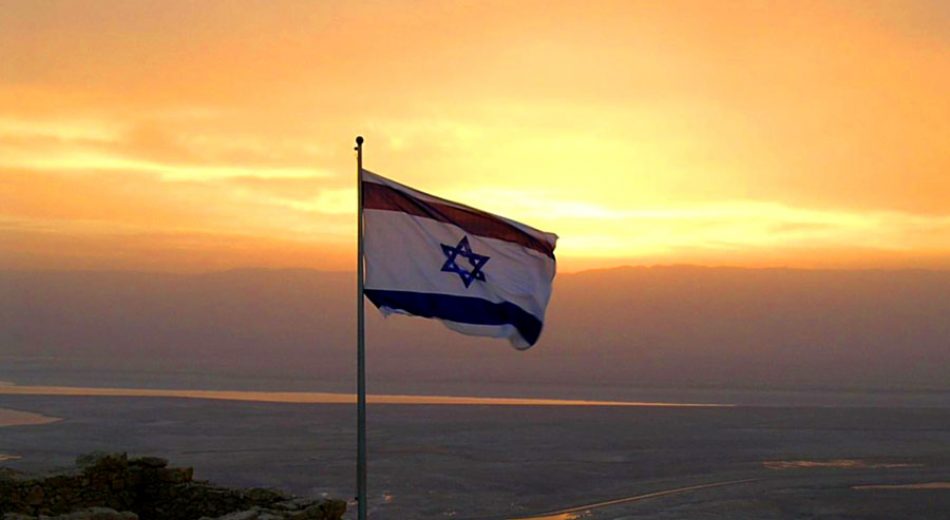 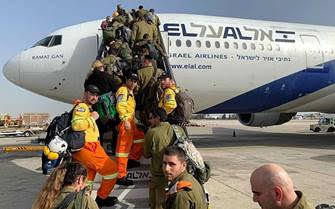 This past Friday a huge dam adjacent to an iron ore mine in southwest Brazil gave way. A vast tidal wave of mining waste was released, washing away bridges, snapping trees and power lines, destroying roads and burying a nearby village in mud. As of this writing at least 58 are known dead, but over 300 people are unaccounted for. Thousands in the surrounding countryside have been ordered to evacuate for fear that another nearby dam may also collapse.

On Saturday Israeli Prime Minister Netanyahu spoke with Brazilian President Bolsonaro and it was agreed that within 24 hours an Israeli assistance and rescue mission would depart for Brazil to help the emergency workers there. On Sunday morning an El Al 777 jet took off from Ben Gurion airport with a 130-member rescue team aboard and some 16 tons of supplies, rations and equipment for assisting in the search and rescue. It landed late Sunday evening in an airport near to the disaster site.

Israel is regularly among the first (and very often the first) of nations to offer aid, search and rescue assistance to countries experienceing disasters—to nations both friendly and hostile to the Jewish state. One of the organizations participating in this work is called ZAKA (Identification, Extraction and Rescue), which, as Prime Minister Netanyahu told the Brazilian president, “has extensive knowledge that has acumulated in many years of significant activity in dozens of disasters and attacks around the world, and with this experience we wil be able to save lives and contribute a great to the lkocals in locating and rescuing victims. Our mission will focus on rescuing casualties, treatment of the wounded and the bodies of those killed.” (“Israeli aid delegation lands in Brazil, with death toll at 58”: The Jerusalem Post, 01/28/2019). Besides the ZAKA team, more than 100 Israeli soldiers from the Home Front Command have also arrived to help.

As we wrote previously, Prime Minister Netanyhu was present earlier this month at the January 1st swearing-in of Brazil’s new president. After decades of a government hostile towards Israel, President Bolsonaro, an Evangelical Christian, has vowed to lead Brazil in being a nation which will be a friend and strongly support her; he has also promised to work towards bringing Brazil’s Embassy from Tel Aviv to Jerusalem.

* That the team working at the disaster site will be endowed with divine insight, mercy and kindness. That lives will be rescued and saved—and those bereaved and violated will be comforted.

* That Israel will continue its policy of extending mercy in time of calamity, to friend and foe alike.

* That President Jair Bolsonaro will be granted courage, favour and grace as he leads a government facing enormous challenges. That he will trust in God and surround himself with godly counselors.

* That relations will continue to warm between the two nations; that Brazil will move forward in its resolve to move its embassy to the Israeli capital of Jerusalem.

2. BAT-TZION—DAUGHTER OF ZION GATHERING OF ISRAELI WOMEN NEAR KIRYAT YEARIM.

Roni v’simkhi Bat Tzion, ki hineini-bah, v’sha’khanti b’tokeakh!—“Sing for Joy and be Glad, O daughter of Zion; for behold I am coming and I will dwell in your midst!” (Zechariah 2:10)

A week ago we wrote of the national women’s gathering which will take place this coming Friday and Saturday at a location in the hills west of Jerusalem. We repeat below some points with which to join with us in praying God’s blessing over this special event!

On February 1st many Israeli women will gather to a hilltop west of Jerusalem, near to the place where the Ark of the Presence of God once rested, for worship and praise, for teaching and testimony, for mutual encouragement and fellowship; to seek together the face of the Lord, to listen for His voice, what He is saying, instructing, how He is equipping for these coming months!

* That all those God is calling to attend this gathering of daughters of Zion will come safely together; that no one will be kept back who should be there.

* That God’s Holy Spirit will be present, that Israeli women will be touched and walk in a new level of holiness, confidence, and Joy ; that He be the lifter of their heads!

* That the spiritual atmosphere in the Body of Messiah in Israel will continue to open, making place for the unique giftings and callings which God has reserved for women in this hour…and for them to walk graciously and with confidence in those callings.

* That the speakers and worship leaders for the conference will be protected, and all will be able to attend; that they will move in the anointing and sensitivity of the Holy Spirit—carrying the women to the place God is calling them to.

* For Chaya Mizrachi and Norma, the organizers of the gathering, that they will be given grace to oversee it with integrity, discernment and the power of the Holy Spirit. Pray for protection over all the leaders and their families.