Like Dr. Wayne and Bonnie Wilks, Valentin and Tatyana Sviontek were also sent out by Shady Grove Church in 1996 to assist in the launching of the MJBI. By returning to their native Ukraine, they helped establish the MJBI flagship school in Odessa, a city with a large Jewish population of 100,000 with little knowledge about their Messiah Yeshua. 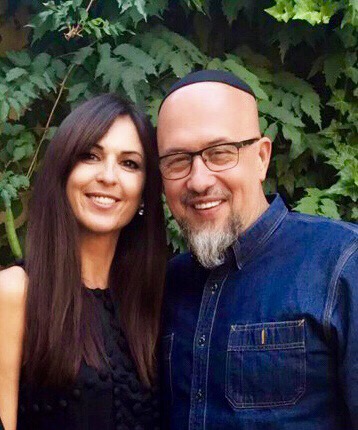 Valentin and Tayana were both raised under Communism in the Soviet Union. Coming from Jewish families, Val and Tatyana professed faith in Yeshua in their teens and met at a youth camp for believers shortly thereafter. The camp was located in the very city that MJBI would be hosted outside of Odessa in 1996!

After planting Or HaMashiach (Light of Messiah) Messianic Congregation in 2003, Val and Tatyana continued to oversee MJBI’s flagship school in Ukraine. Today, the congregation has grown to over 400 weekly attendees, with the majority of them Jewish. Located in the heart of the Odessa Jewish community, a long-prayed-for new ministry center was dedicated in November 2019. This location will house both the congregation as well as the Sviontek’s newly launching MJBI-legacy ministry called Jewish Partner Initiative.

Through the JPI ministry center and the congregation, Val and Tatyana are raising up leaders to see this Jewish community ministered to in Yeshua’s name.

Vision – Partnership, Education, Planting & Care in the Name of Yeshua

“And answering, the King will say to them, ‘Amen, I tell you, whatever you did to one of the least of these My brethren, you did it to Me.’”
Matthew 25:40 TLV

1. Towards One New Man – is an initiative of Messianic Jews and Christian churches toward the salvation of Israel in the Former Soviet Union, Europe, and the Land of Israel.

2. People That Care for Israel – is a ministry in Israel with elderly people (many from Russian descent, and Holocaust survivors) creating “Friendly Homes” with the goal of introducing them to Messiah Yeshua

Thank you for prayerfully considering how YOU can participate in reaching the Jewish people through investment in Val and Tatyana Sviontek’s Jewish Partner Initiative!

Give to MJBI-Ukraine’s legacy ministry, JPI, at Modern Day Missions