One of the things I love most about Yeshua (Jesus) is how He constantly used questions to explore complex issues. I recently met a pastor who put a blue dot in his Bible at every place where Jesus asked a question in the Gospels. Showing me his Bible, there were blue dots everywhere!

You’ve likely read the big news that MJBI will be adopted into Gateway Church at the end of 2019 to become the Gateway Center for Israel on January 1, 2020.

Today, I want to briefly share with you WHY this is happening.

In 1975, Pastor Olen Griffing, newly ordained as the pastor of Shady Grove Baptist Church, watched a documentary on the horrible things done to the Jewish people by the Nazis. He was so deeply troubled by what he saw that he grabbed his Bible, kissed his wife, Syble, goodnight, and stayed up until 3am praying about what God would have him do to bless the Jewish people.

It was that evening that God first planted a seed in Pastor Olen’s heart. This seed would take shape two decades later as Shady Grove Church elders, Pastor Robert Morris and Dr. Wayne Wilks, received a life-changing revelation to take the Gospel “to the Jew first” (Rom. 1:16).

From the revelation in that meeting, MJBI would be born in 1996. Pastor Robert would found Gateway Church in 2000 and immediately start writing the first check each month to MJBI, to demonstrate Gateway’s commitment of going “to the Jew first.”

In late 2017, I began to realize the CHURCH was finally getting a biblical heart for loving the Jewish people, in the way Paul had instructed them to 2,000 years ago in the book of Romans:

Salvation has come to the Gentiles to make Israel jealous. (Romans 11:11)

I kept hearing from pastors around the world that they wanted to lovingly reach out to the Jewish people around them, and that many Jewish people were coming to faith in their churches. How should they affirm Jewish identity for these new Jewish followers of Yeshua?

All of the scattered thoughts and prayers in my heart were knitted together in late July 2018, when Tabatha, my amazing wife, read Ephesians 3:8 to me:

This favor was given to me (Paul)… to proclaim to the Gentiles the endless riches of the Messiah.

Both of us realized our calling was to train the Church on how to love and serve the Jewish people with the Good News.

Over the next six months, Tabatha and I prayerfully submitted our vision to the wisdom of Wayne, Pastor Olen, Pastor Kevin Grove, MJBI Board Chairman Jonathan Bernis, Rabbi Marty Waldman, and ultimately the Gateway Church elders (including Pastor Robert).

Each of these godly men affirmed the clear direction God was leading MJBI in, to adjust our mission to train pastors and church leaders to love the Jewish people with the love of Yeshua.

Wayne, Olen, Jonathan, and I see this adoption to Gateway as getting us even closer to MJBI’s founding vision, rooted in Romans 11:15:

“For if [Israel’s] rejection [of Yeshua] leads to the reconciliation of the world, what will their acceptance be but life from the dead?“

We must embrace Romans 11:11—the Church’s calling to stir Israel to jealousy for Yeshua—before we can see a Romans 11:15, “life from the dead” revival, as Jewish people put their faith in Yeshua. And we know that, ultimately, this brings us to Romans 11:26:

“And so all Israel will be saved. As the Scriptures say, “The one who rescues will come from Jerusalem, and He will turn Israel away from ungodliness.”

THIS is the WHY behind MJBI’s historic changes.

It is my prayer that you can see this divine opportunity as clearly as myself and our leadership does.

We need your prayers and friendship to see this vision become reality in our lifetimes. And we truly believe it will.

Join us at “Love Israel” in Dallas, Texas on September 10 to hear more about this unprecedented vision at this FREE event from our special guest, Gateway Church Pastor Robert Morris!

PS: if you have more questions about MJBI’s future, please read over our Frequently Asked Questions. 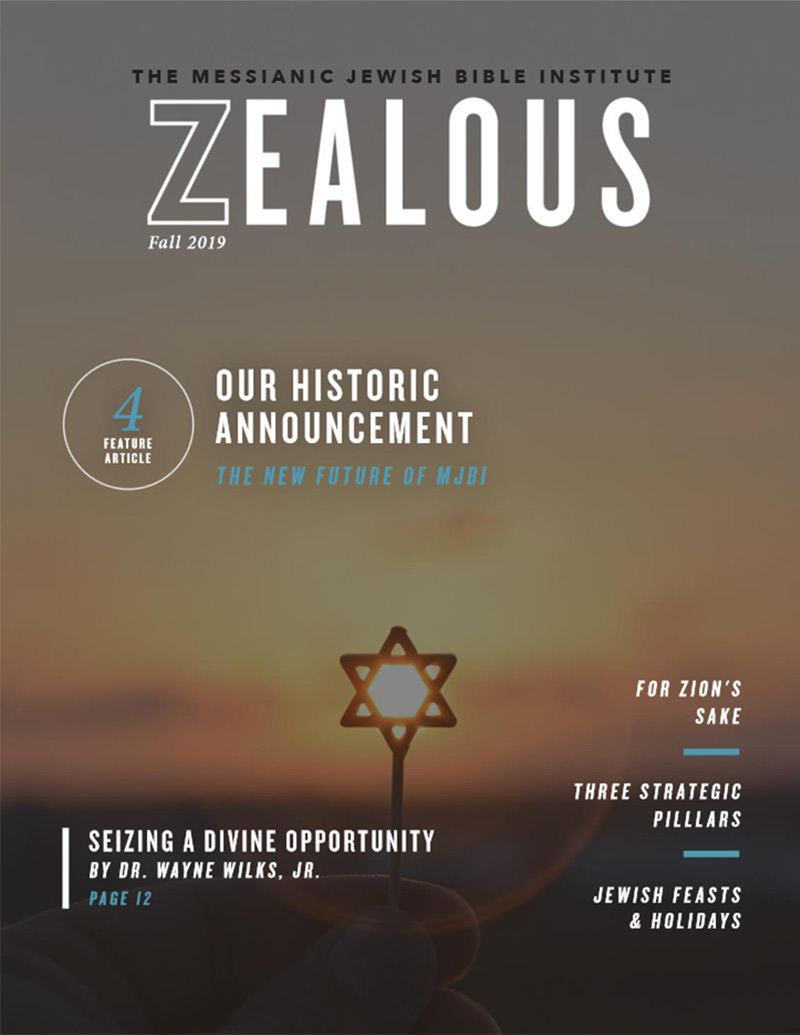