As summer winds down and the autumn of the year approaches, we enter into an extremely important period in the Jewish calendar known as the Fall Feasts. In fact, three significant biblical feasts occur in quick succession: Rosh Hashanah (the Jewish New Year), Yom Kippur (the Day of Atonement and holiest day of the year), and Sukkot (the Feast of Tabernacles, or Booths). Prophetic in nature, all three remain to be fulfilled.

Personally, I absolutely love this time of year! In fact, autumn is my favorite of the four seasons. In many parts of America and even in some other regions of the world, fall ushers in a time of refreshing relief from the heat of summer. Vibrant shades of red and yellow assail our focus with a literal feast of color for the eyes. The days grow shorter and, for Jewish People around the world, autumn marks the beginning of the Fall Feasts—also my favorites, beginning with the Feast of Trumpets, or Rosh Hashanah.

Leviticus 23 reveals God’s plan to meet with His People Israel and those who have been grafted in through faith in Israel’s Messiah. It tells of a time when Moses heard the voice of the Lord saying, “Speak to the children of Israel, and say to them: ‘The feasts of the Lord, which you shall proclaim to be holy convocations, these are My feasts’” (vv. 1-2 NKJV).

Rosh Hashanah
A trumpet (or shofar) was blown as a warning: “When I bring the sword against a land, and the people of the land choose one of their men and make him their watchman, and he sees the sword coming against the land and blows the trumpet to warn the people, then if anyone hears the trumpet but does not take warning and the sword comes and takes his life, his blood will be on his own head” (Ezekiel 33:2-4).

I believe we are living in the time when God is calling us to repentance. The trumpet is about to sound, signifying our Messiah’s return. Those who are living for Him long for this day and will see it as a wonderful time of joy and triumph. But those who are not right with God will experience dread and destruction.

The prophet Zephaniah urges, “Seek the LORD, all you humble of the land, you who do what he commands. Seek righteousness, seek humility; perhaps you will be sheltered on the day of the LORD’s anger” (2:3).

The Old Testament Prophet is talking about the same event to which Paul refers in I Thessalonians 4:16-17: “For the Lord himself will come down from heaven, with a loud command, with the voice of the archangel and with the trumpet call of God, and the dead in Christ will rise first. After that, we who are still alive and are left will be caught up together with them in the clouds to meet the Lord in the air. And so we will be with the Lord forever.”

Second Peter 3:10-12 describes it this way: “The day of the Lord will come like a thief. The heavens will disappear with a roar; the elements will be destroyed by fire, and the earth and everything in it will be laid bare. Since everything will be destroyed in this way, what kind of people ought you to be? You ought to live holy and godly lives as you look forward to the day of God and speed its coming.”

How do you see this day? With terror or exhilaration? If you aren’t sure, you need to turn away from your sins and surrender your life to Yeshua. Just a simple prayer of repentance is required. You can pray that prayer right now, wherever you are. Just tell God that you realize you are a sinner and deserve punishment. Tell Him that you accept Yeshua’s sacrifice for your sins, knowing that He paid the penalty when He was crucified on your behalf. Ask Him to forgive and cleanse you, and help you to walk in righteousness for the rest of your life.

God’s grace is freely available to all who ask. And once you have stepped into His grace, you will be ready for the trumpet blast that is about to shake the entire world.

Yom Kippur
The holiest day of the Jewish Year is Yom Kippur—a solemn time of acknowledging sins and seeking God’s forgiveness and mercy. In Hebrew, the word Yom means “day” and Kippur means “covering or atonement.”

Also known as the Day of Atonement, Yom Kippur was the one time of the year when the High Priest was allowed to enter the Most Holy Place of the Temple to atone for sin—his own as well as those of his family and the entire Nation. Further, he was required to sacrifice both a bull and a goat and then sprinkle the blood of these animals on the mercy seat. Next, a scapegoat was brought to the leaders of Israel. They were to lay hands on the animal, symbolically placing the sins of the Nation on it, and then drive it into the wilderness, where it carried the Nation’s sins.

Why two goats? The first one was to atone (pay) for the People’s sins. The second was to remove those sins from their presence. The blood of the first goat brought forgiveness. The second goat brought temporary cleansing and righteousness. As another year drew to its conclusion and the People reached another Day of Atonement, they once again needed a sacrifice as they were covered in the filth and grime of their sinful nature and desperately in need of another sacrifice.

Yom Kippur anticipates the day prophesied in Isaiah 59:20. Perhaps the greatest of all the ancient prophets, Isaiah expected the Yom Kippur to end all Yom Kippurs, when “the Redeemer will come to Zion, to those in Jacob who repent of their sins.” On that day all of Israel’s sins will be forgiven for all time and no further animal sacrifices will be required.

I believe this day is nearly here. The People of Israel—and, in fact, the people of every nation, tribe, and culture will come face to face with the Lord Yeshua Himself. Jesus is our High Priest, the sacrifice for the atonement of our sins, and our scapegoat—all three in one.

According to Hebrews 9:24, “Christ did not enter a man-made sanctuary that was only a copy of the true one; he entered heaven itself, now to appear for us in God’s presence.” Verse 28 says Jesus did not have to make an annual sacrifice as the High Priest did with blood that is not his own. Instead, “Christ was sacrificed once to take away the sins of many people; and he will appear a second time, not to bear sin, but to bring salvation to those who are waiting for him.”

Yeshua HaMashiach (Jesus the Messiah) will soon return to earth, bringing lasting peace and freedom from the effects of sin to all who have accepted His sacrifice.

Sukkot
Otherwise known as the Feast of Tabernacles, the Feast of Ingathering, or the Feast of Booths, Sukkot begins just five days after Yom Kippur. It is a seven-day period when Jewish people recall God’s faithfulness and provision through their forty-year period of wandering in the wilderness.

They remember God’s provision of food, water, shelter, clothing, guidance, light, and heat during the wilderness years. During this week, each Jewish family lives in a small temporary dwelling (or booth) covered with branches. At night, they look up at the stars and recall God’s promise to Abraham that his descendants would be as numerous as the stars in the heavens.

For me, this festival points directly to Yeshua. First, just as God provided for their physical needs in the wilderness, Yeshua is spiritual bread and water for all who believe in Him.

Yeshua identified Himself as “the bread of life” and then pointed out, “Your forefathers ate the manna in the desert, yet they died. But here is the bread that comes down from heaven, which a man may eat and not die. I am the living bread that came down from heaven. If anyone eats of this bread, he will live forever. This bread is my flesh, which I will give for the life of the world” (John 6:48-51).

A ceremony called Nissuch HaMayim (“drawing of water”) was carried out every day during Sukkot. The High Priest and his assistant drew water from the Pool of Siloam and poured out water and wine onto the altar of the Temple as the People sang “with joy you will draw water from the wells of salvation” (Isaiah 12:3).

Jeremiah also anticipated this day: “In those days and at that time I will make a righteous Branch sprout from David’s line; he will do what is just and right in the land. In those days Judah will be saved and Jerusalem will live in safety. This is the name by which it will be called: The Lord Our Righteousness” (Jeremiah 33:15-16).

Clearly, these Prophets looked expectantly to the day when Yeshua our Messiah takes His throne in Jerusalem and assumes His position as Priest and King.

I am convinced this wonderful and glorious day is near! 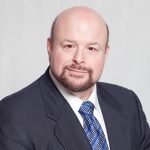