The most important saying of the rabbis concerning Passover is that “in every generation, each person must see himself as if he came out of Egypt.”

This is parallel to the New Covenant concept that each person must see himself as if he participated in the death and resurrection of Yeshua (Jesus). In fact, the meaning of immersion in water is to participate vicariously in Yeshua’s death, burial, and resurrection (Romans 6:4-5).

Why would the New Covenant choose immersion in water as its declaration of faith? In God’s eyes, the exodus from Egypt and the resurrection of the Messiah are one and the same event. Both events took place at the same time.

Exodus 14:27 – “Moses stretched out his hand over the sea and the sea returned to its full depth before morning …”

The children of Israel symbolically were baptized in the waters of the Red Sea (1 Corinthians 10:2). And every baptized Christian is symbolically participating in the Passover of Israel (1 Corinthians 5:7). The waters of the Red Sea and the waters of Baptism are designed by God to be a parallel experience – both powerful and liberating. By the death and resurrection of Yeshua, every believer participates in his own personal liberation from Egypt.

Passover and the End Times

The rabbis also have a saying that “the last redemption will be like the first redemption.” By this they mean that the coming of Messiah in the end times will be similar to the story of the Exodus from Egypt.

Israel remained in Egypt in the land of Goshen during the Ten Plagues. The Lord protected them. By that protection God demonstrated His holiness and power as a witness to the Egyptians. So will it be in the Tribulation: we will stand protected by God’s grace as a witness of the truth of the gospel to the whole world. There will be “light in Goshen” (Exodus 8:23) in the midst of the darkness of this world.

It is exciting to celebrate Passover in the modern restored State of Israel after 2,000 years of exile. The regathering of our people to the land of Israel is an even greater miracle than the Exodus itself.

What an incredible blessing we have to see these different levels of revelation and miracles working together into one plan!

The Witness of Passover

Today in Israel many families who celebrate the Passover will have a relative who is a believer in Yeshua. Pray for the grace of the Holy Spirit as they see members of their own families who believe in Yeshua and keep the Passover. May the people of Israel see the Passover lamb as a symbol of Messiah! May Christians worldwide see the covenantal and prophetic meaning of the Passover!

Two thousand years ago, our forefathers cursed themselves and us by rejecting Yeshua and proclaiming:

Think of the power of this curse: Jerusalem and the Temple were destroyed. Our people were sent into exile and suffered in every country.

Yet the blood of Yeshua was not intended as a curse. How much stronger the power of the blood will be when it is proclaimed by our people as a blessing? Romans 11:15 asks the same question, “What will their acceptance be but life from the dead?” The same power that dispersed and destroyed will regather and restore. There will be resurrection from the dead, the unity of the Church, the ingathering of the saints, and the Kingdom of God on earth.

We Messianic Jews in Israel stand with one voice to reverse the curse. We proclaim that the blood of Yeshua will be upon us and upon our children for good and not for evil. We proclaim the power of that blood to bring blessing to the people of Israel and to the whole world. Please join together with us in making this declaration. 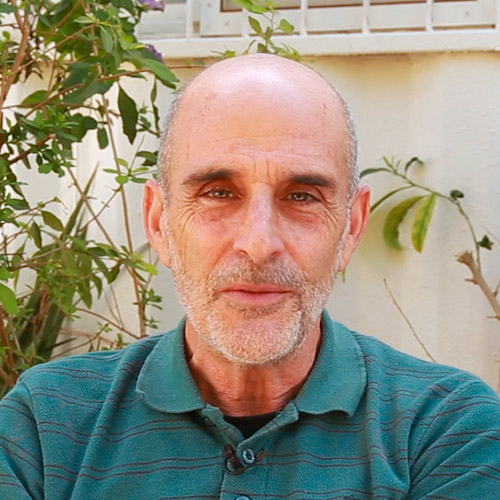 Asher serves on the leadership teams at Ahavat Yeshua in Jerusalem, Tiferet Yeshua in Tel Aviv, Revive Israel Ministries and Tikkun International. Asher, along with his wife Betty and their four children, have called Israel home since immigrating in 1991.

To find out more about the ministries of Revive Israel, please visit reviveisrael.org