Since spring is the season of Yom Hashoah, it is arguably the best time to visit one of the world’s many Holocaust memorial museums.  This is especially true if you seek to enter into deeper solidarity with the Jewish community in order to better understand the difficult, yet vital, lessons to be learned from this tragedy. To give you an idea of what some of these museums have to offer, here is a brief profile of three significant Holocaust museums around the world.

The Yad Vashem World Holocaust Remembrance Center in Jerusalem is undeniably the largest Holocaust memorial museum in the world. After the Western Wall, it is also the second most visited tourist site in Israel, receiving roughly one million visitors every year. The literal meaning of Yad Vashem is “a monument and a name,” but it is also called in English “Museum of Martyrs.” 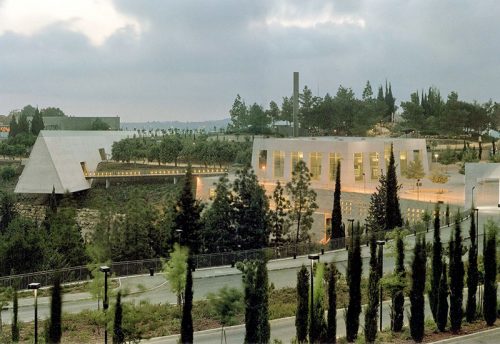 Since opening to the public in 1957, Yad Vashem has played a pivotal role in preserving the history of the Holocaust worldwide, as well as the memory of those who perished in the wake of heinous evil and unfathomable hatred during World War II. Quite notably, the Yad Vashem Archives contain over “60 million pages of documentation”, nearly 300,000 Holocaust era photographs, as well as an extensive collection of orally recorded testimonies of survivors. In partnership with the Yad Vashem Library, the Yad Vashem Archives contain the “largest collection of Holocaust material in the world,” which is quite literally keeping the memory of the Holocaust alive today. (1)

As visitors enter the museum complex, they are immediately confronted with the most impressive display of commemorative Holocaust monuments and artwork of any museum in the world. These include, the Hall of Remembrance, the Hall of Names, The Warsaw Ghetto Monument, The Memorial to the Jewish Soldiers, The Pillar of Heroism, The Children’s Monument, the Garden of the Righteous Among the Nations, and the Valley of the Communities.

Outside of Israel, the United States Holocaust Memorial Museum in Washington D.C., is arguably the best Holocaust memorial in the world when it comes to educating visitors on both the history of the Holocaust, and the patterns of thought that are still contributing to anti-Semitism in the 21st century. 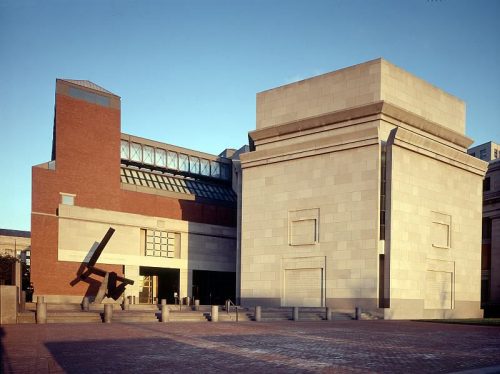 The museum’s permanent exhibit is an impressive, three-story, walk-through tour covering the history of the Holocaust from the rise of the Nazis to power in the early 1930’s, to the end of WWII. In addition to this permanent exhibition, the U.S. Holocaust Museum also frequently displays two or three other temporary exhibitions at its Washington D.C. location, and also sends “traveling exhibitions” on tours throughout the U.S., Canada, and Europe.

One of the museum’s temporary exhibitions is titled  A Dangerous Lie: The Protocols of the Elders of Zion. Unbeknownst to many, The Protocols of the Elders of Zion is “the most widely distributed” anti-Semitic publication in modern times, and is still extremely popular throughout the Muslim world. Originally published in Russia in 1905, The Protocols […] is an account of the alleged “secret plans” of “the Jews to rule the world by manipulating the economy, controlling the media, and fostering religious conflict.” (2) By including exhibits like this one, the U.S. Holocaust Memorial and Museum is able to help its visitors not only reflect on anti-Semitism in the past, but also understand why we should reject the lies and conspiracy theories that are continuing to fuel prejudice against the Jewish people in the 21st century.

In addition to the U.S. and Israel, many people are surprised to discover that Argentina is home to one of the largest Jewish population centers in the world. Today, there are roughly 250,000 Jewish people in Argentina, the majority of which live in Buenos Aires. Given its status as the premier Jewish population center in Latin America, the Museo De Holocausto in Buenos Aires plays a pivotal role in Holocaust remembrance and education in the 21st century.

In keeping with its mission, the Museo de Holocausto in Buenos Aires contains two main gallery spaces. One gallery space is devoted to the museum’s permanent exhibition, which provides a timeline and visual walk-through history of the Holocaust. As you enter the main gallery, you will also see large photographs and testimonies of survivors who were able to rebuild their lives and contribute to Jewish life in Buenos Aires after the Holocaust.

In comparison to other Holocaust museums, the Museo de Holocausto is also unique because of its emphasis on the specific history of the Holocaust and WWII as it relates to Argentina. As a result, the museum covers Jewish immigration patterns before and after the war, Argentinian Jewish responses to the Holocaust, as well as Argentina’s role as a place of refuge for some Nazi’s seeking to flee Europe after 1945.

On the whole, whether it is the pillar of Holocaust remembrance epitomized in Jerusalem’s Yad Vashem, or one of the smaller, though not less vital, Holocaust museums in the Diaspora, the commemoration of Yom HaShoah on an annual basis is integrally tied to the various Holocaust memorial museums around the world. These museums help educate and inspire both the worldwide Jewish community and righteous Gentiles from the nations to not only remember the Holocaust, but to also strive against all forms of anti-Semitism in the present. This year, prior to Yom HaShoah, think about visiting a Holocaust memorial museum in your area. And while you are there, renew your commitment to the God of Israel to be a blessing, and not a curse, to His Chosen People (Gen. 12:3).

[2] “A Dangerous Lie: The Protocols of the Elders of Zion,” https://www.ushmm.org/information/exhibitions/museum-exhibitions/a-dangerous-lie-the-protocols-of-the-elders-of-zion

Travis Snow is a devoted follower of Yeshua and husband to his wife Tali. He is also the president and founder of Voice of Messiah, a non-profit ministry committed to reaching Jewish people with the Gospel and helping the Church understand God’s purposes for Israel. In his spare time, he enjoys gardening, hiking, and watching European soccer. To read more of Travis’ writing, go to www.voiceofmessiah.com