Posted in Jewish HolidaysPesach on April 14, 2016

The Start of Passover

Some of my earliest family memories are about Passover. I remember eating the Passover Seder meal at my grandparent’s home and playing on the floor while everyone else sat at the table. My grandmother would say, “Twenty years are like nothing.” I marveled when she said that. Today, I marvel that Passover reminds us of things that happened 3,500 years ago!

Egypt had enslaved the nation of Israel for 400 years. Then, God called to Moses from a burning bush. He told Moses to tell Pharaoh, “Let my people go that they may worship me.” Pharaoh refused, and God turned the Nile River into blood.

Many people throughout the world struggle with water supplies. In Flint, Michigan, the water was deemed unfit to drink or use for bathing. A few years ago, my congregation drilled fresh water wells for villages in India. Even today, many people in India and throughout the world have no source of fresh, safe water. When the Nile turned to blood, the Egyptians had no water.

After the Nile was turned to blood, Pharaoh refused to repent. So, God sent a second plague of frogs. There was a third plague of gnats, a fourth plague of stinging horseflies, and on it went. With the ninth plague, the sun did not shine for three days. Consequently, Pharaoh told Moses that he would die if he appeared before Pharaoh again. That was the event that brought the final plague.

That night the Lord “passed over” Egypt, and this is the meaning of the Hebrew word Pesach—“to pass over.” Every house that was marked by the blood of the lamb was safe. Any house that was not marked suffered the tenth plague. In those houses the firstborn son died. This final judgment humbled Pharaoh, and he let the Jews go free. That was the 15th day of the first month on the Jewish calendar.

Historical Significance for Believers in Yeshua

About 1,500 years after Moses, Yeshua ate His Last Supper with His disciples. It was Passover – the 15th day of Nissan. Our Lord used the traditional, unleavened matzah bread of Passover and the cup to establish communion. Every time we receive these elements we are following the example of Messiah on that evening with his dearest friends.

After Yeshua finished His Last Supper, He left the Upper Room. He was arrested. He was crucified and died on Passover.

Why We Celebrate Passover Today

At His Last Supper, Yeshua drank the Passover cup. Then He told His disciples, “I will not drink of this fruit of the vine from now on until that day when I drink it new with you in My Father’s kingdom.” Passover points us back to Yeshua’s death on the cross, but it also points us forward to the Second Coming.

The Apostle Paul explained communion similarly, “As often as you eat this bread and drink this cup, you proclaim the Lord’s death till He comes” (1 Cor. 11:26).

Communion is based on Passover. Communion and Passover both remind us that Yeshua came and gave His life, and that He is coming again. “Thy kingdom come. Thy will be done in earth, as it is in heaven” (Matt. 6:10).

What Can You Do for Passover This Year?

Jewish people around the world will celebrate just as they have for thousands of years. Plan on celebrating Passover this year. You can turn an ancient feast into living color by attending a Passover Seder that someone else does or even better—try hosting a Passover Seder meal in your home!

If you are going to host a Passover Seder, you will need to provide Haggadahs for all the participants. The word Haggadah means “telling.” It is also the name of the book that Jews follow as they celebrate the liturgy of the evening. Seder means “order,” so it describes the order of the Passover meal.

There are many good Messianic Haggadahs available. One is called, “Christ in the Passover,” by Moishe Rosen. It is available on Amazon. There are many other good options. Digital Haggadahs can also be found online. Here’s one: http://www.messianicseder.com/messianic_haggadah.html.

Beyond celebrating the Feast of Passover, you might consider keeping the entire Feast of Unleavened Bread. (“Leaven” is yeast.) The seven-day holiday is the period that follows Passover. It starts with Passover and is described in Exodus 20:18-20. Jews keep the holiday by abstaining from all yeast for 7 days.

Joshua celebrated Passover in Joshua 5:9-11. In the very next passage (Joshua 5:13-15), Yeshua appeared to Joshua as the Captain of the Lord’s Army. Then, the very next scriptural account recorded is Israel marching around Jericho for seven days. It is likely that those days were the Feast of Unleavened Bread. At the end of the fast, Israel shouted and the walls of the enemy came down. What walls might God bring down on your behalf if you kept the seven day Feast of Unleavened Bread by abstaining from leaven and coupling your efforts with fervent prayer? 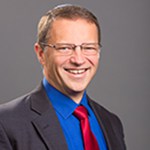 by Dr. Greg Stone, Associate Pastor of Jewish Ministries, Gateway Church, Southlake, Texas. Greg is a favorite teacher on all things Jewish. He has a Doctor of Ministry from The King’s University in Van Nuys, California; Master of Divinity from Assemblies of God Theological Seminary in Springfield, Missouri; Master of Arts in counseling from Liberty University in Lynchburg, Virginia; Bachelor of Arts in human resources administration from Saint Leo University in St. Petersburg, Florida.