Posted in Jewish HolidaysPurim on March 15, 2016

Purim is the most joyous of all the Jewish festivals. Why is this? I’m glad you asked! Let me tell you the story.

Many moons ago, in the land of Persia where our people were exiled, there lived a beautiful woman named Esther who risked everything to save her people. Esther captured the imagination of Jews through the ages, even to the point that a book of the Bible was named after her. Although God’s name is never explicitly mentioned in the book of Esther, we see his guiding hand on every page, from the chain of events that led to Esther marrying the king of Persia, to Mordecai (Esther’s cousin) providentially learning of a plot to assassinate the king and saving him from harm, to the divine deliverance that occurred on the thirteenth day of the twelfth month of Adar, a day that had been appointed for the annihilation of all Jews in Persia.

Hitler was not the first to propose the idea of a “final solution.” Long before Hitler, there was a wicked man named Haman, a descendant of the Amalekites (the archenemy of Israel), who hatched a diabolical plan to exterminate all Persian Jews on Adar 13 and convinced King Ahasuerus to support it. But instead of the Jews of Persia being destroyed on Adar 13, the tables were turned and Haman and his wicked minions were destroyed instead. The Megillah (the Scroll of Esther) tells us that Esther persuaded the king to save her people. The king by law could not repeal his order of annihilation, so instead he issued a second order: That the Jews were to annihilate the annihilators. What a drama! This is how our people responded when they heard the good news:

“In every province and in every city, wherever the edict of the king went, there was joy and gladness among the Jews, with feasting and celebrating…On the thirteenth day of the twelfth month, the month of Adar, the edict commanded by the king was to be carried out. On this day the enemies of the Jews had hoped to overpower them, but now the tables were turned and the Jews got the upper hand over those who hated them” (Esther 8:17—9:1).

Amid the joy and gladness that day, and in the days that followed, Mordecai established a new festival called Purim that was to be observed by his people for the generations to come. It was to be a joyous festival in memory of God’s deliverance. Notice how many times the Hebrew word simcha (joy) appears in the text leading up to the proclamation of the new festival:

“This happened on the thirteenth day of the month of Adar, and on the fourteenth they rested and made it a day of feasting and joy.”

“The Jews in Susa, however, had assembled on the thirteenth and fourteenth, and then on the fifteenth they rested and made it a day of feasting and joy.”

“That is why rural Jews—those living in villages—observe the fourteenth of the month of Adar as a day of joy and feasting, a day for giving presents to each other.”

“Mordecai recorded these events, and he sent letters to all the Jews throughout the provinces of King Xerxes, near and far, to have them celebrate annually the fourteenth and fifteenth days of the month of Adar as the time when the Jews got relief from their enemies, and as the month when their sorrow was turned into joy and their mourning into a day of celebration. He wrote them to observe the days as days of feasting and joy and giving presents of food to one another and gifts to the poor…These days should be remembered and observed in every generation by every family, and in every province and in every city. And these days of Purim should never cease to be celebrated by the Jews, nor should the memory of them die out among their descendants” (Esther 9:17-22, 28).

The joy of Purim continues to find expression today in Jewish communities around the world. We have Purim spiels (plays) where the Megillah is read to cheers of “Hurray!” when Esther and Mordecai’s names are mentioned, and shouts of “Boo!” drowned out by the sound of groggers (noisemakers) when the name of Haman is uttered. This is to symbolically fulfill the words of Deuteronomy 25:19, “You shall blot out the name of Amalek from under heaven.”

Synagogues hold Purim carnivals where children and adults dress up as characters from the story. My daughters loved to dress up as Queen Esther (or Queen Vashti!). And of course, how can one have a Purim party without Purim songs and our beloved hamantaschen (cookies made in a triangular shape and filled with various kinds of sweet fillings to recall Haman’s stuffed pockets, ears or hat—depending on the tradition of your family). Personally, I like my wife Harumi’s apple Hamantaschen the best!

While Purim is fun and joy filled, it is also a festival that has profound spiritual meaning. For example, it is notable that the heroine of our story had two names: Hadassah and Esther. The Midrash tells us that Hadassah (which means “myrtle”) was her Hebrew name because the myrtle is a plant with a sweet smell and a bitter taste (Esther Rabbah 6.5). Hadassah spread a sweet aroma to those around her through her good deeds and bold witness of the God of Israel. But for those who walked in darkness, like Haman, she left a bitter taste.

Esther was her Persian name. The Targum of Esther (a kind of early Jewish paraphrase of the story) and the Talmud both connect the name Esther with the Persian word setareh (which means “star”) and explain that Esther was as beautiful as the Morning Star, the planet Venus.

The Midrash tells us that “She was like a statue which a thousand persons look upon and all equally admire.” R. Nehemiah said: “They put Median women on one side of her and Persian women on the other, and she was more beautiful than all of them” (Esther Rabbah 6.9).

Because Esther’s name is identified with the Morning Star, our rabbis connected her acts of courage in serving the Lord with Psalm 22. Why Psalm 22? Because the title of the psalm says, “For the music leader, to the tune ayelet ha-shachar,” which can be translated “morning star.” In other words, our rabbis saw this psalm as Esther’s psalm and they believed that she lived it out in her own life. I think this tradition is very significant because Psalm 22 is a Messianic psalm that Yeshua (who refers to himself as “the bright morning star” in Revelation 22) lived out in his own life.

The first verse of the psalm says, “My God, my God, why have you forsaken me?” Yeshua said this to his father in heaven, the King of Kings, when he faced the climax of his ministry on earth, to save his people from their sins by laying down his life on the execution stake, the cross. Similarly, Jewish tradition tells us that when Esther appeared before the king to save our people, when she entered the king’s throne room, she (the morning star of our people) said to the Lord, “My God, my God, why have you forsaken me?” If this tradition is reliable, then Esther like Yeshua was probably meditating on the meaning of the whole psalm, which is a praise to God the King for being the savior of Israel. Psalm 22:3-5 goes on to state:

“Yet you are enthroned as the Holy One; you are the praise of Israel. In you our fathers put their trust; they trusted and you delivered them. They cried to you and were saved; in you they trusted and were not disappointed.”

We can imagine Esther having this faith in God as her savior as she stood before the king. We can imagine her praying at that moment, when her life hung in the balance, that the Lord would deliver her people and save Israel.

During this joyous season of Purim, let us reflect on the holy boldness of the morning star of Israel, Esther, who risked her life to save our people. Proverbs 31 says, “Charm is deceptive and beauty is vain; but a woman who fears the Lord is to be praised.” Let us be inspired by Hadassah’s myrtle-like qualities, the sweetness of her good deeds and testimony, which won her favor but also provoked a bitter response from those who walked in darkness.

It is said in the Talmud that he who dreams of the book of Esther will see miracles in this life (b. Berakhot 57b). May we all dream of these events that took place long ago and may they cause us to be that much more devoted to our Messiah, the ultimate morning star of Israel. 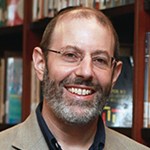